It is one out of two freeride ski films at the E.O.F.T. 14/15  and considered one of the greatest cinematographic accomplishments in the ski movie industry of all time. It is AFTERGLOW. A visual marvel by a bunch of extremely talented and creative artists. The guys from Sweetgrass Productions (Valhalla) “hope that on the wings of their films, babies are born and dictators are overthrown, laughter is heard, tears are shed, and smiles are shared in the dusty beds of backroad pickups.” 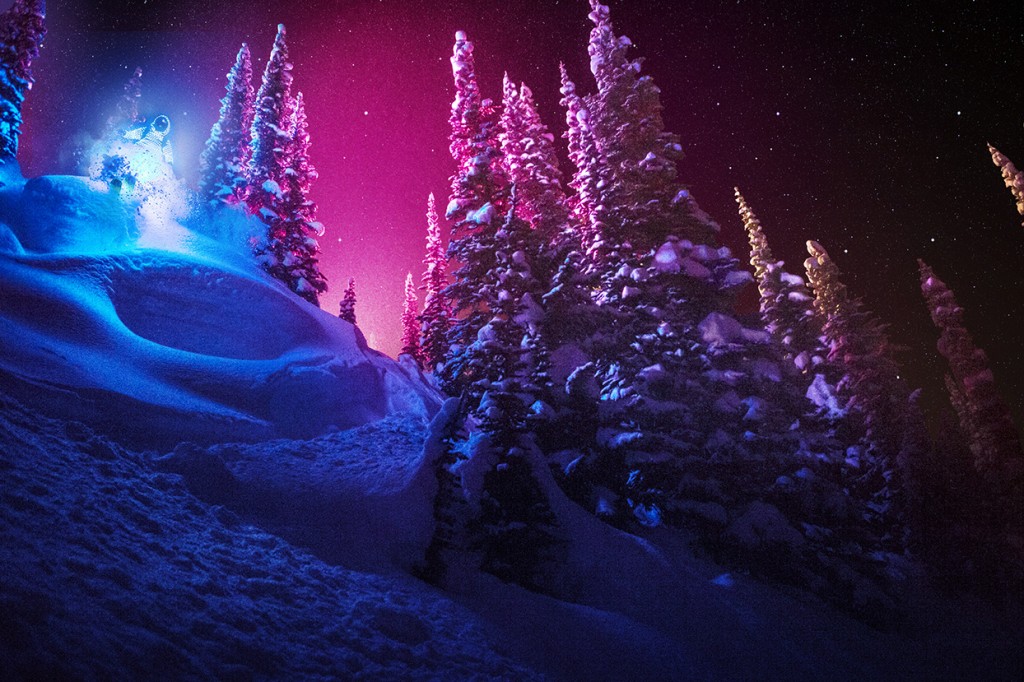 But all the sweetest praise and reward doesn’t come easy. Mountains have been moved to realize this 12-minute-short. To create all these glowing and colourful environments in a more or less natural way, meaning not in post production, no efforts were spared, following the mantra: It doesn’t have to be fun, to be fun!

“We are masochists. There’s no doubt about it.”

The facts tell you why:  Suits with 7,000 LED lights. Cameras including an octocopter, lightning equipment and of course generators in a total weight of over 4 tons. All carried into the British Columbia backcontry as well as deep into the alaskan wilderness, onto steep mountain faces. Not to forget the crew and the athletes, camping out “overnight”. Needless to say, freezing minus 15 degree nights was shooting time, hell yeah! 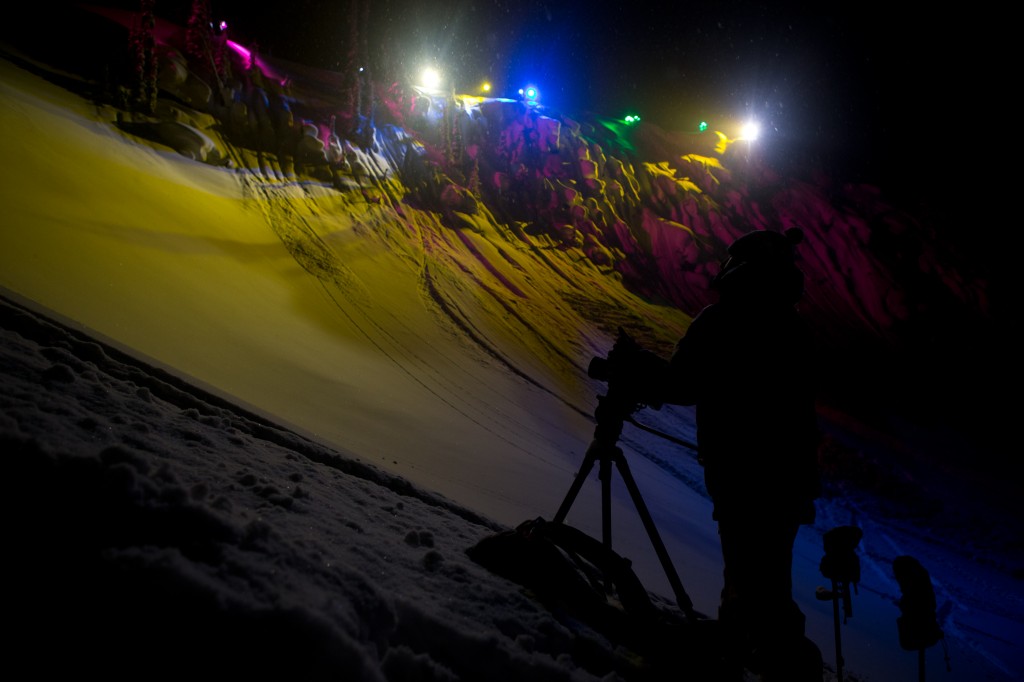 The idea of bringing a mountain night world of light and shaddow to life on the screen originally was born in cooperation with Phillips, the main sponsor of the project.
After all of this the question remains of what AFTERGLOW is in the end. Ist it art? Is it sport? Is it an ad? Isn’t it all together? The words from Nick Waggoner sum it up pretty good:”What we are doing here is not really Hollywood and not really skiing, purely. It is somewhere in the middle.”

Stay corious about the AFTERGLOW – Making Of.