NORTH OF THE SUN (E.O.F.T. 13/14) was his first movie, lavished with awards and screened at more than 70 film festivals all over the world. Now Inge Wegge presents his new movie Bjørnøya (Bear Island). Surfing in the north continues to be Inge’s passion but this time he brought his brothers along for a family trip of a different kind…

This time Inge steps out into an adventure with his brothers Markus & Håkon Wegge.

“This expedition was more extreme, but for us it was important to focus on the good life one can have in harmony with nature. Our goal was to follow a dream. Explore the island and ourselves as three brothers. We knew that there had to be waves out there, and this was truly a place few or no one had ever surfed before. The surfing was our main motivation for going there, but we also wanted to have the opportunity to wake up each morning and do exactly what we felt like.

And on a place like that it is the weather that decides what to do. To give something back to the island we collected all the trash we found on all the beaches we camped on. Probably many tons of plastic and other things that floats ashore every year. This shows how much garbage we have in our oceans, and how it is a threat to the animals and all the beautiful places on earth. At home to prepare for the trip, we started collecting out of date food, and we dried it at home. We also got clothes that the shop were going to throw away because they had minor damages like broken zippers or similar. We wanted to show that equipment and food that is not good enough for selling in a shop, can be good enough for a two month expedition in the arctic.

We were on the island from April to June. We tried to capture every moment that was important for us and the story. There is a lot of sports and adrenaline, but more importantly we captured our thoughts and meetings with ourselves and nature. A little before we left mainland for the Bear Island we found out that I was going to be a father. That influenced me in many ways on the trip, and being away from my wife, friends and family was even harder than expected.” – Inge Wegge

In NORTH OF THE SUN Inge Wegge and his friend Jørn Nyseth Ranum spend 9 months in a small hut, sheltered under the rocks in a lonely bay at the polar circle. In search of the North Atlantic‘s best waves, the pair lives cut off from civilisation – no internet, no commitments, no stress. Accessible only on foot, the bay‘s location remains a secret – „Everyone should find their own paradise“. But nowhere‘s perfect. It so cold even their olive oil freezes and they have to boil water to defrost their surf boots. Winter becomes an endless quest to collect, saw and chop driftwood to stoke their recycled oildrum stove. But that‘s not all the ocean washes up on the shore – and so begins their campaign to clean up their beach and stop paradise turning into a rubbish dump.

“If it’s possible to have a perfect adventure film, then this year’s Grand Prize Winner comes about as close as you can get.” (Banff mountain film review)

Check out the trailer. 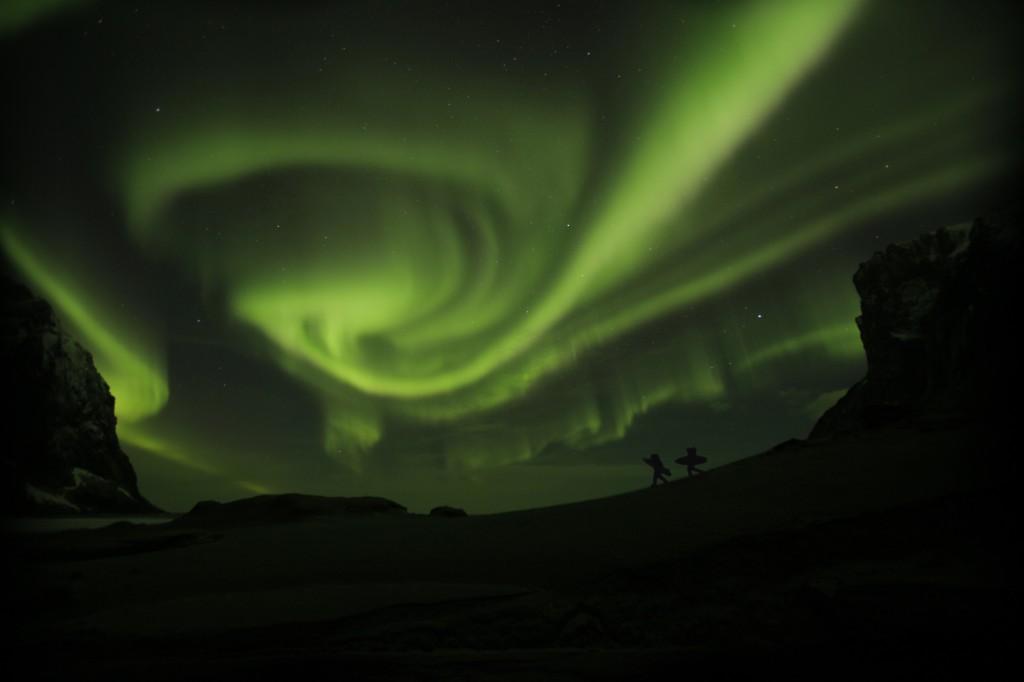