Caves are dark. But not ‘dark’ as if somebody switches light off and you can still fancy your hand in front of your face, because somehow moonlight digs its way into your eyes; there just is no moon. Award winning photographer and (cave) explorer, Carsten Peter, says: “It’s like a starless night, you don’t see the walls, you don’t see the roof.”

Things are changing now, as caves – despite the great oceans – may no longer be one of the last unexplored spots on the map. A British-led team has stepped into one of the biggest caverns in the world, taking with it equipment worth 80,000 €. Many caves have been discovered over the years, but “this is not discovery”, expedition member Michael Warner notes.”Exploration is just documenting something for the first time.” 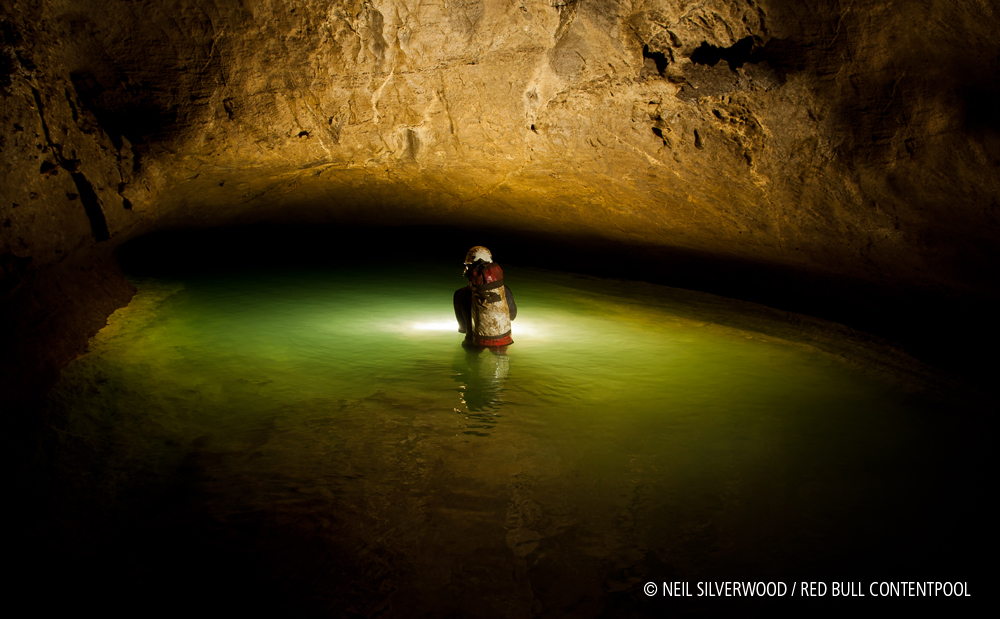 Read the full article and tour China’s “Empire of Rock” in 3D at nationalgeographic.com

The E.O.F.T. 14/15 brings caves to the big screen. In Cave Connection a team of New Zealand-based professional cavers makes its way deep beneath the surface to discover what laser scans and computers are not able to capture. Watch the trailer!