Mammut presents six ‘rock classics’ — milestones in the history of sports climbing. And the people who climbed them for the first time, revisiting their own routes accompanied by top climbers from the Mammut Pro Team. This Episode: Babsy Bacher

THE FACE 8A+ | SCHNELLNECKKOPF, ALTMÜHLTAL

The face is the mirror of the soul, a wise man once said. Does the face hiding in the light forests of the Altmühltal reflect the soul of the Southern Frankenjura? In any case, the two eyes have been watching the goings-on in the valley for many millennia …

»Dot, dot, comma, dash –Smiley-face in a dash) – it’s that simple in a German children’s rhyme. The »face« at the Schellneckkopf turned out a bit more difficult, though: »dot, dot…« – the eyes, and another one a little below – the nose! Spring 1983: The two boulderers Norbert »Flipper« Fietz and Norbert Bätz from Nuremberg were surprised to find the impossibility-turned-rock at the Schellneckkopf. Overhanging slightly at the bottom, continuing in a vertical sleek concrete wall, decorated with a few scattered pockets and the three one-finger pockets far up that were to give the project its name – a new challenge for »Flipper«, forever looking for problems that others called unclimbable. To spite them, he usually managed.
»The first IX+ in Germany was born« 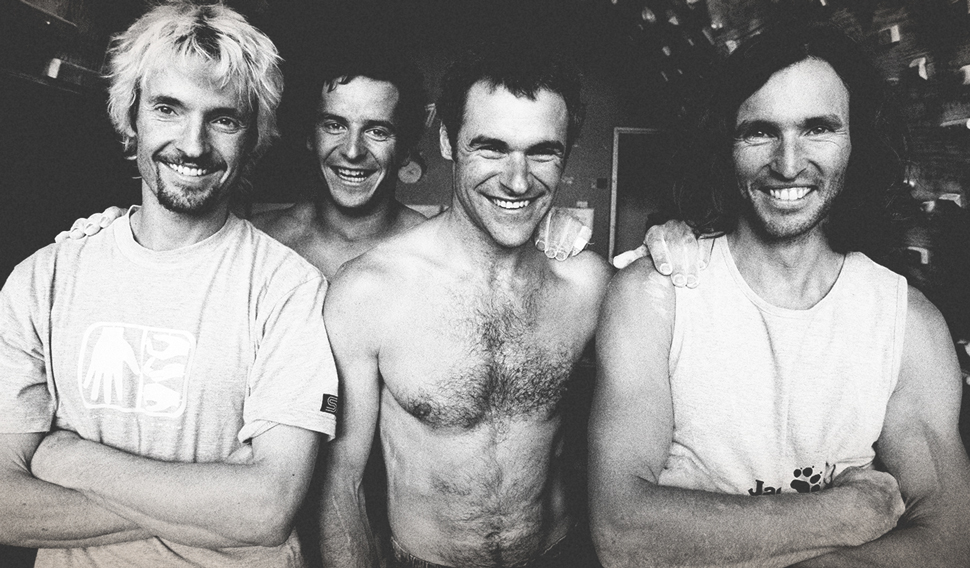 Jerry Moffatt (center), »The young hot shot« who powered his way up the most difficult routes in the world in 1983 and 1984

After a few days in the top rope, the movement problems were solved, the single moves climbed, and a name had been found: »The face«… »Flipper« was never interested in the climbing the full passage let alone the lead – he was happy if he managed the chess problem posed by the rock one step at a time; by the way: »Flipper« also is a great chess player …And then there was Jerry! Jeremy Moffatt from Sheffield greatly stirred up the European climbing scene in 1983! Wherever he showed up, he climbed the most difficult routes – usually on sight and otherwise only in a very few attempts. Wolfgang Güllich had invited him to Oberschöllenbach – to the legendary climbing group around Kurt Albert, Norbert Sandner, Norbert Bätz and Ingrid Reitenspieß. «Usually on sight and otherwise only in a very few attempts»In Frankenjura, he not only repeated the most difficult routes of Wolfgang and Kurt Albert, but also solved an old toprope problem of »Flipper« Fietz, the massive rock overhang called »Ekel« in the Trubachtal – and the first IX+ in Germany was born.

Jerry couldn’t get enough though. He always wanted more! Therefore, Wolfgang took him to the Altmühltal, showed him the »Flipper« project »Face«, and Jerry was enthusiastic about the vertical, smoothly-rejecting rock pillar at the Schellneck. After he had abseiled down into the route, cleaned the holds and drilled in the necessary bolts, he set out. Up to the undercling traverse using down-sloping finger holes, then long pulls to a large pocket and finally up to the »face«. The sequences around the »face« were hardest for Jerry. He often fell into the rope – and had to return to the ground. 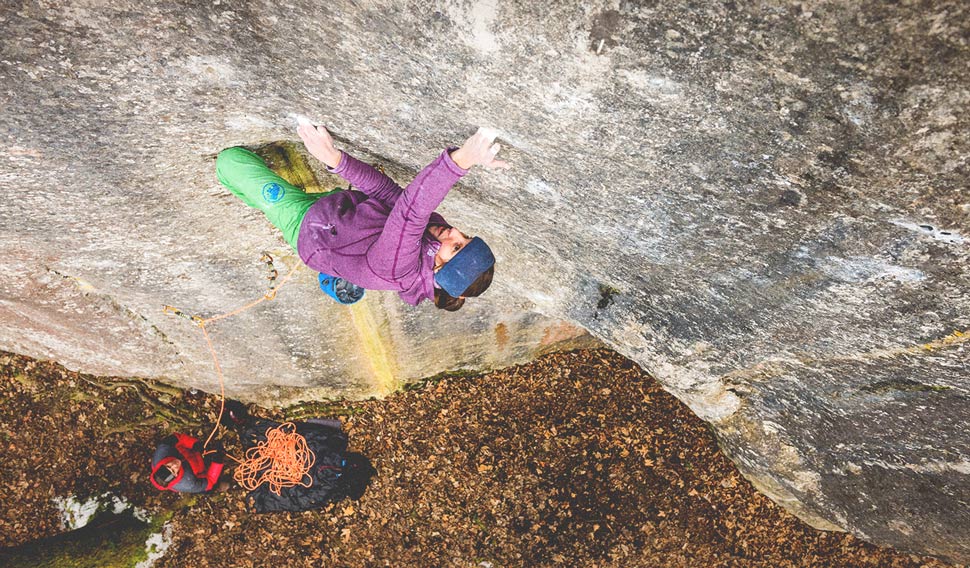 Bouldering out in the rope (= hangdogging) was strictly scorned by the British climbing ethics – the devil is a hangdogger! The »yoyo style«, however, permitted leaving the rope in the highest bolt reached and climbing top rope to the section of the fall; every new unknown metre, however, became a new onsight problem. On his second day, Jerry almost reached the top when a sharp-edged one-finger hole cut his finger deeply: fall and out!

After two weeks, the finger was healed, but no one from the group wanted to come to the Altmühltal with Jerry to try the »face« again.