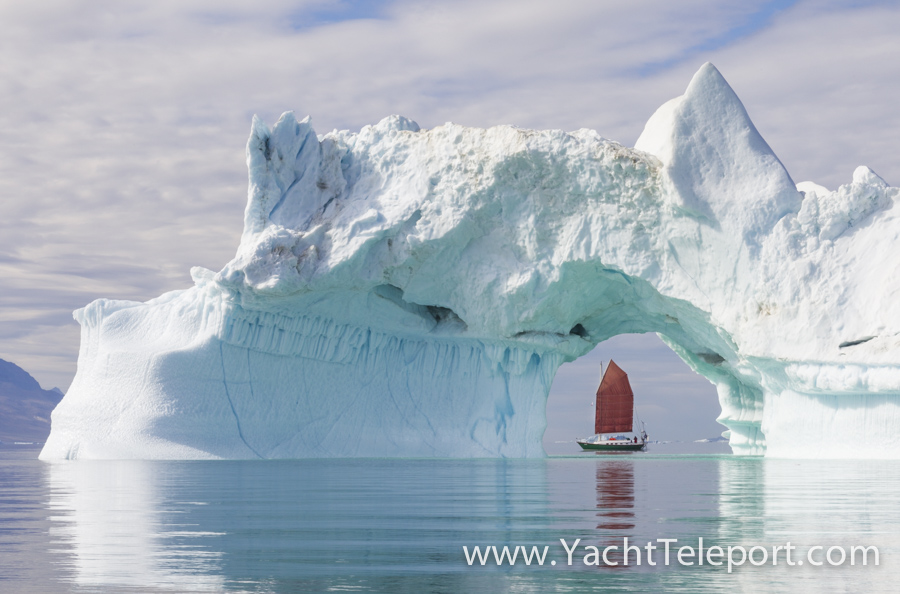 I’m always humbled by the raw power and the majesty of the Arctic, and never more-so than when sailing amongst towering, impossibly sculpted icebergs like this one in Disko Bugt on the west coast of Greenland. As there was only my girlfriend Jess and myself onboard our little 29-foot yacht and no one else around, I had to hop into our little blow-up dingy with my camera and row towards this one, while Jess bravely single-handed ‘Teleport’ around the other side so I could get this magic photo. She had to make two passes, because during the first one, a large berg behind me exploded and rolled dramatically over, and I missed the shot!

So we came back in the northern summer of 2012 and continued the adventure, sailing Teleport Westwards through the sea ice as it melted, out across the rest of Canada and above Alaska to Barrow, the most northerly tip of Alaska, and then down through the infamous Bering Strait – where they film that reality TV series ‘The Deadliest Catch’ about the king crab fishermen – a completely inappropriate place for a small wooden boat, however we survived – just – and made it safely into Nome.

Jess is an experienced and trained wilderness guide for activities like kayaking, canoeing, climbing, abseiling and archery. 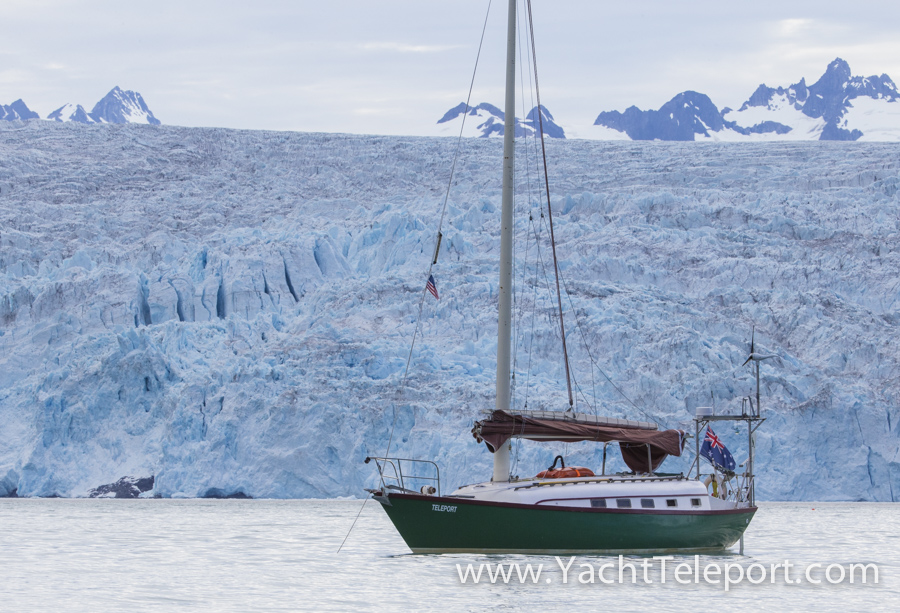 On their way through the Passage Chris and Jess we’re following legends. In the early 19th century Roald Amundsen, one the greatest explorers of arctic and antarctic, took the exactly same route as the australians. 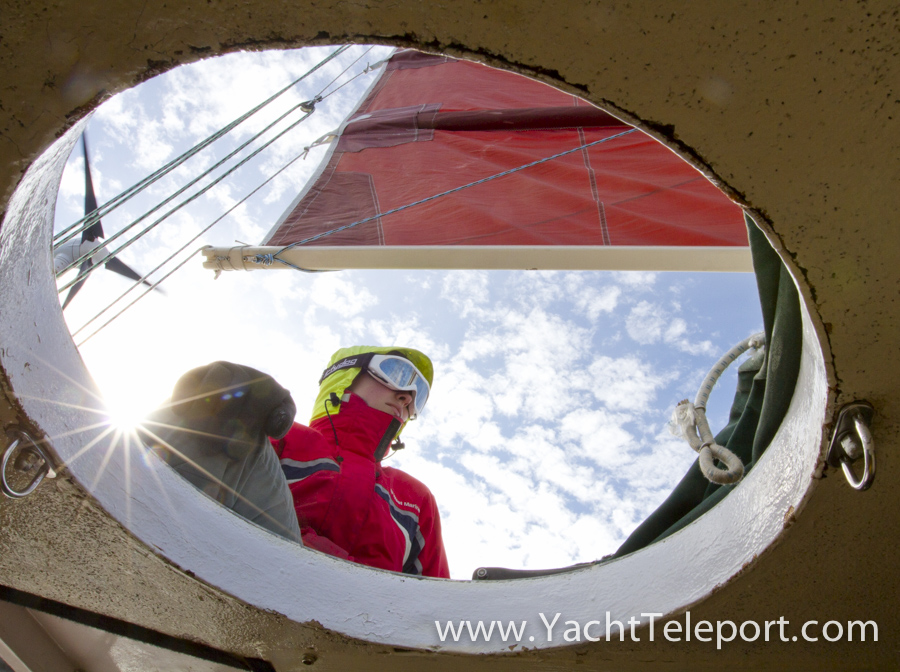 No bikini zone – sailing at the arctic circle means temperatures lower than 5 C° in summer. 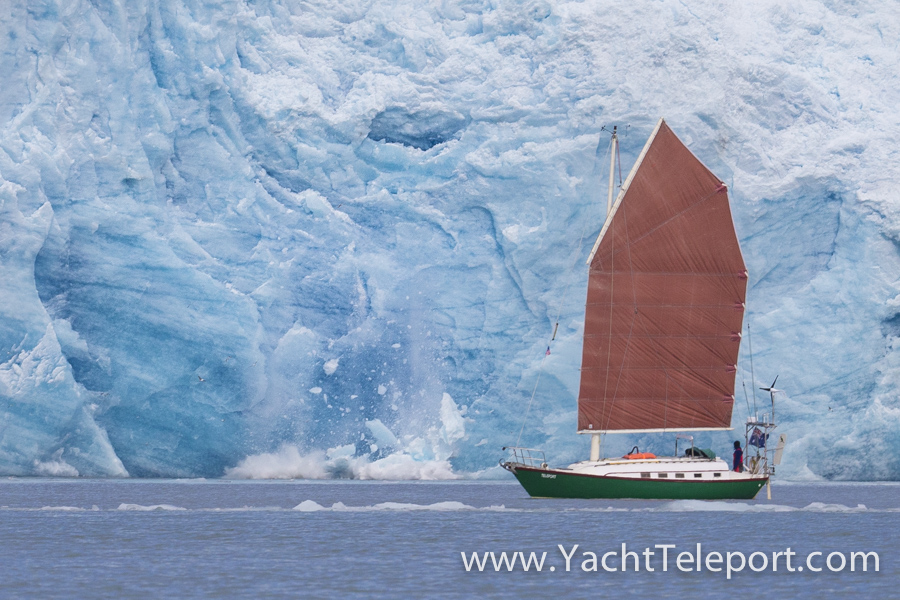 In 2014 the National Snow and Ice Data Center (NSIDC) confirmed the lowest sea ice cover in history. On-site this giant melting is threatening and spectacular at the same time.

It turns out we’re the first people ever to take a junk-rigged sailboat successfully through the Northwest Passage, and also the youngest couple ever. Next season we continued on down through the Aleutian Chain of island, along the Alaskan coast, to glacier-filled bays and others brim-full of brown bears catching salmon etc – just amazing.

Teleport’s now in a little fishing village of Seldovia, and we’re heading back to her this June to keep sailing her south to canada, though we’re thinking of perhaps selling her to fund an upgrade to a slightly larger, metal boat for when we perhaps have kids, to return to the higher latitudes for more adventures! 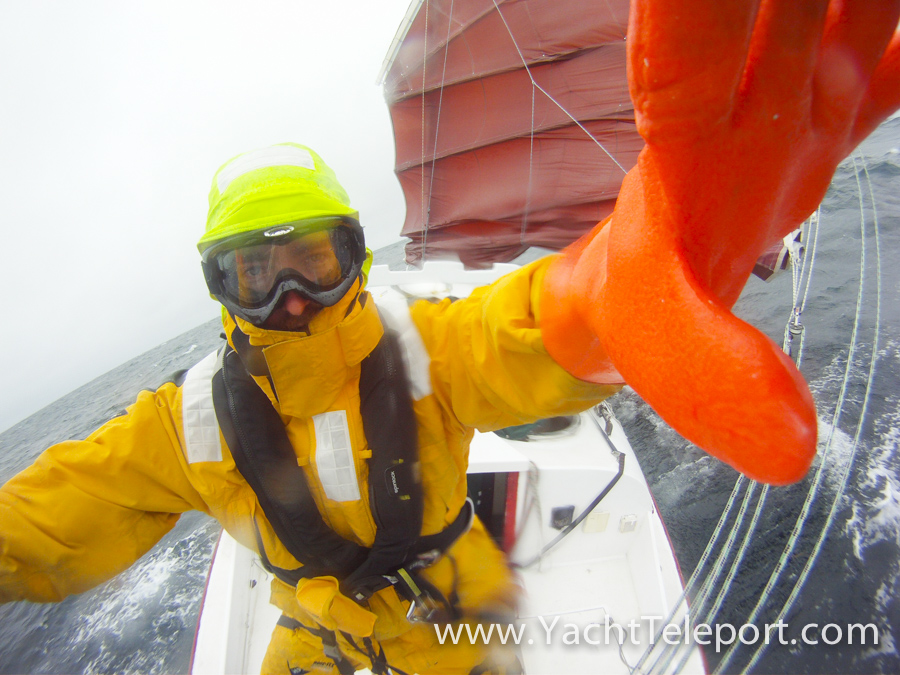 Chris and Jess shot a variety of incredible footage during their sail – above and under water, on deck and up in the air!

We’ve filmed every step of our sailing adventure into a series of great little videos which have gained quite a following – take a look online and enjoy!
Chris Bray
Chris Bray is an award-winning Australian Geographic photographer, Lowepro ambassador and Canon’s Australian ambassador for five years. Together with his wife Jess Bray he runs photography courses and photo safaris around the globe. Chris is also founder and CEO of Conservation United, crowd-funding the world’s critical conservation projects.

Close to the action 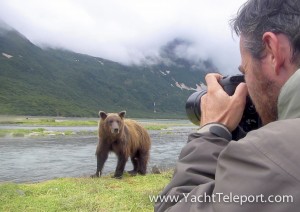