Squealing wheels and scorching asphalt: James Kelly—alias “The American Dream”—is one of the world’s wildest longboarders. The 25-year-old Californian easily reaches speeds of up to 100 kilometres an hour and more on his longboard. We met up with the talented athlete in Munich.

When did you start longboarding?

James Kelly: I was 14. I’ve skateboarded all my life, but I really got passionate about skateboarding when I picked up a longboard.

What’s been your biggest success on the board?

JK: I was 2012 IGSA World Champion. In 2008 when I was 18 I got second at the World Championship. Another cool race was this race in Brazil where the top-speed is 70 miles an hour—something like 115-120 kilometres an hour. I ended up in 6th place, which I was proud of, being there for the first time.

JK: Competitions are one side of things. But the thing about longboarding that’s super cool is that you can do it on a hill, and you can go down the hill with your friends around you—so you’re going down, you’re skating, you’re always sharing the same experiences. That’s the finest part about it. And I can see the world through my skateboard! Being able to meet people and live like that through like your passion, through something you love so much, is really lucky! 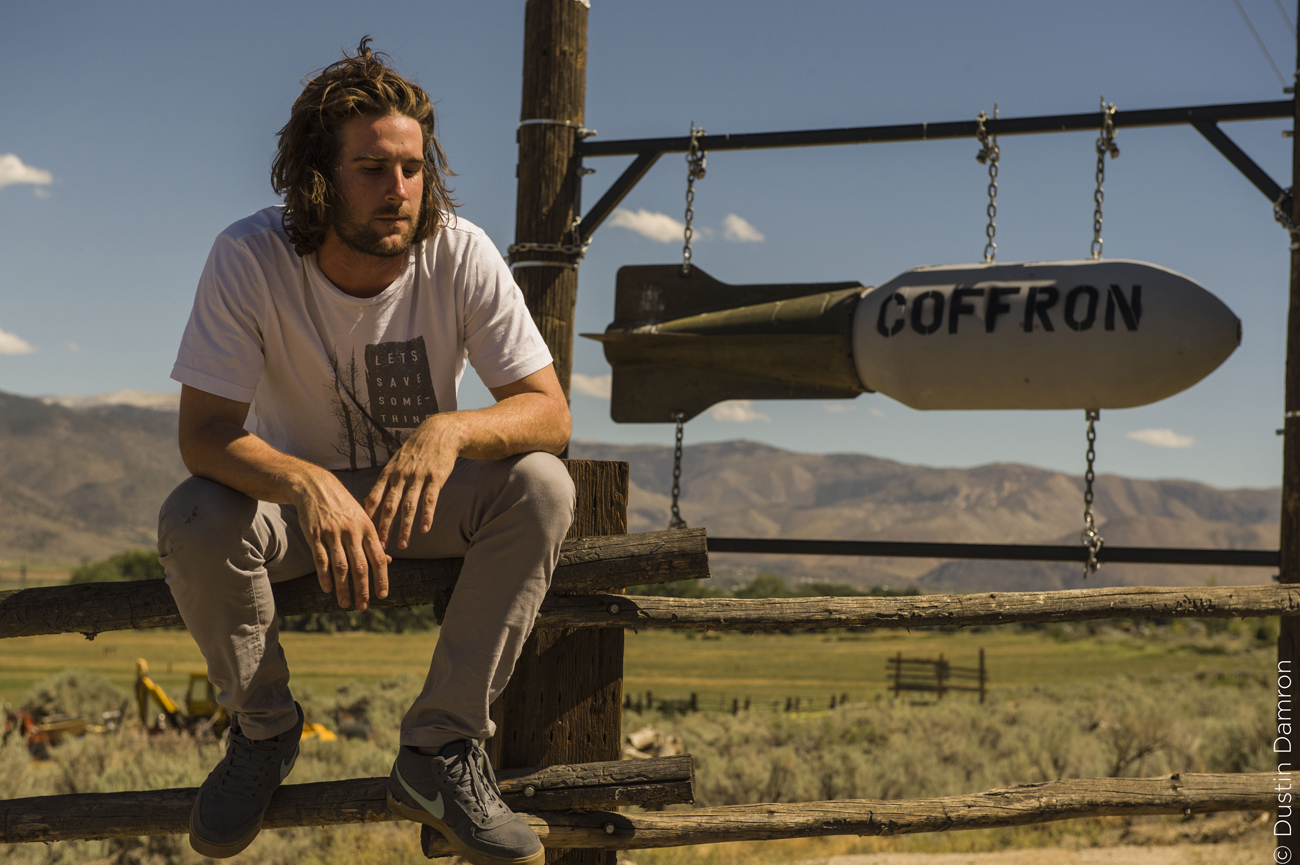 James Kelly is the winner of the International Gravity Sports Association World Championship and the Angie’s Curves Downhill World Cup in California, among others

Do you ever get scared on the board while going down at full speed?

JK: Being able to go down a mountain at 50 miles an hour and feeling comfortable and calm is a very cool feeling, because your adrenaline is rushing, but you still feel in control. Sometimes you push it a little too hard and I think that’s something captured in the “Burn it Down” video. I was really excited and I really pushed myself to the limit and we caught it on camera and that’s how we got a crash like that.

Is there a road that you wouldn’t dare skate down on your board?

JK: No, I don’t think so. Back when we were first skating in 2008/2009 when the sport was a lot younger, me and my friends would always go to places where other people would say, “Hey, we’ve got this cool hill but you can’t skate it.” And we would say, “Oh, we gotta go! Bring it on!”

How many different boards do you ride in a season?

JK: Usually I have three boards I’m skating with all the time. I have my downhill board for skating miles. Then I have my short board for skating bowls and in parks and a cruiser board with soft wheels. You know, I skate it all, I skate everything, but my passion and my skill is definitely the longboard.

How many slide gloves do you get through each month/week/day?

JK: (Laughs) It depends on what you’re skating. Usually they last about 2 months or so. But the wheels, they get worked more than anything. So there are some roads where you have to change a set of wheels after two runs, because you did so much sliding. 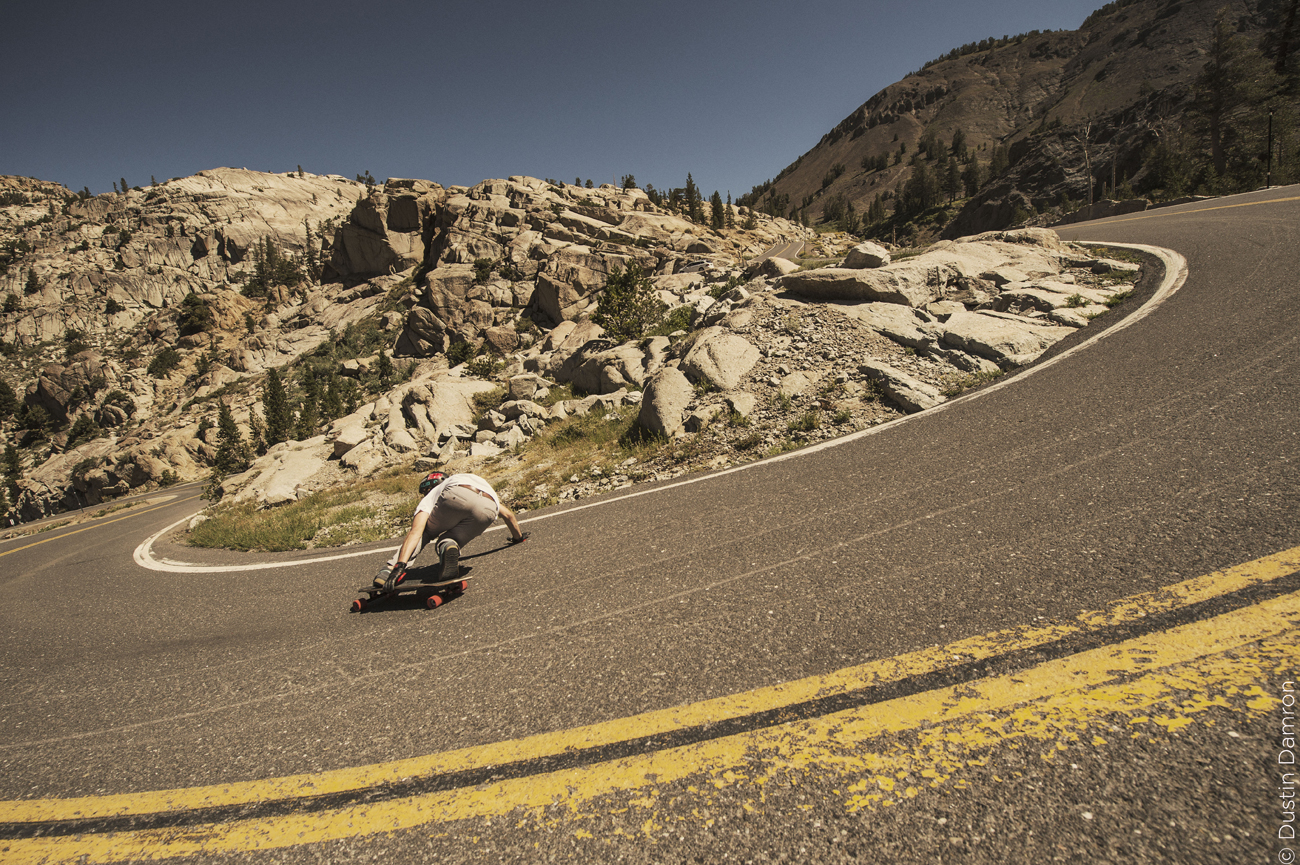 How many serious crashes have you had?

JK: Honestly I’ve been really lucky. The “Burn it Down” crash—I think that was probably one of the worst crashes I’ve ever been in. I hit a car before while filming, that was a really bad crash—that was back in 2011, but I’ve never broken any bones.

Do you have any special advice for a newcomer trying to get into downhill boarding for the first time?

JK: Learn how to slow down first. Before you go fast you have to learn how to control your speed. Other than that, get slide gloves.

Could you ever imagine having a 9-to-5 office job?

JK: (Laughs) I’ve tried to put myself in those shoes a couple of times. Now I’m 25. It´s hard to imagine, but hopefully I could do it in skateboarding shoes.