Life writes the stories. We just have to listen. WHEN WE WERE KNIGHTS —a short film by Anson Fogel—shows why it’s worth it. And that sometimes the best films are the ones you didn’t even set out to make. 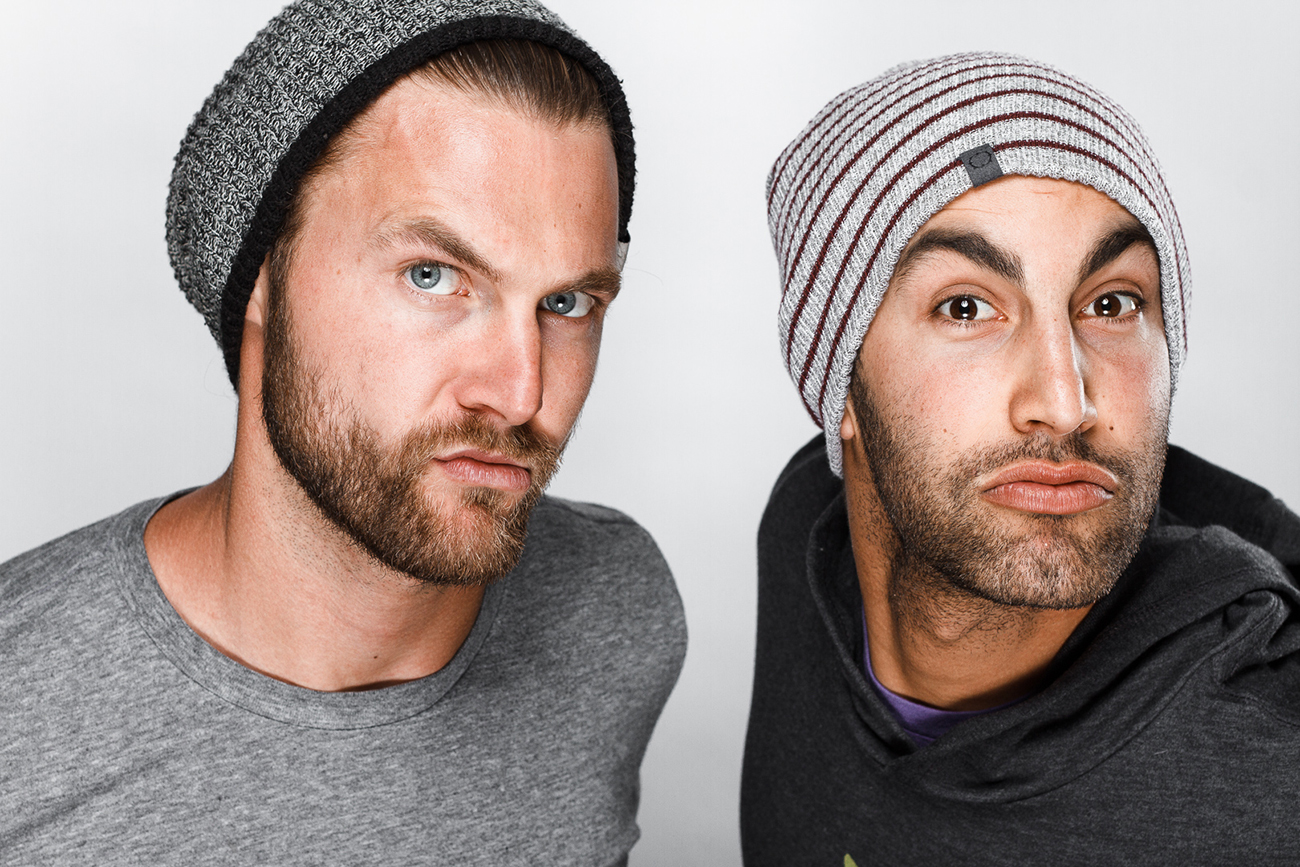 Ian Flanders & Matt Blank: For many years Ian and Matt shared their common passion for BASE jumping and wingsuit flying. They’ll never get to do that last BASE jump without a parachute when they’re old and grey: Ian Flanders died in Turkey on 23rd July 2015.

It’s a letter that was supposed to be read by Ian, in case Matt himself died in a BASE jumping or wingsuit flying accident. But things didn’t work out like that. Ian never got to read that letter. In- stead its contents are travelling around the world in the short film WHEN WE WERE KNIGHTS.

It’s an odd twist of fate that Matt could never have anticipated, not when he wrote those lines, nor when he read them out loud for the first time in public at Ian’s wake, shortly after his friend died in a BASE jumping accident in Turkey. Among those listening is Anson Fogel, a commercial and documentary filmmaker and good friend of Ian and Matt.

“I knew that Matt had written those letters. He’s written one for me, too.” Anson Fogel

Touched by Matt’s words, he wants to honour them in a way that seems to most natural to him—on film. At this point even he has no notion the letter could become a short that would connect with big audiences. For him it’s just a very personal film project, not an obituary for Ian, rather a tribute to Ian and Matt’s outstanding friendship. Primarily a film for people who had known Ian. And Matt’s letter is the basis for that film.

Looking back, Anson Fogel remembers that it was way harder to find a day to shoot the interview than to convince Matt to read his letter again in front of a camera: “Matt travels all the time. But he has no fear of his emotions and expressing himself. So when I asked him he didn’t hesitate.” Finding additional footage for the movie turned out to be more difficult: “Most of the footage that I used in the film was GoPro footage that they took themselves. And the majority of it is from Europe—last summer, when they were in Switzerland, Lauterbrunnen and Chamonix. The best wingsuit lines in the world.

Because I’ve also used Matt and Ian on commercial shoots as my main stunt people for the last 3 or 4 years I also had a lot of behind the scenes footage that we had shot on a variety of different projects. But in addition to that I had to reach out to other people to get footage. And that took a long time. They are all BASE jumpers, not office workers sitting in front of a computer. So sometimes it would be months before I could get them to send me something—some old card on a GoPro.” Having collected a bunch of footage the hard work begins for Anson Fogel. “When I was at Ian’s wake the whole film seemed like very obvious in my head”, he recalls. “The structure became apparent fairly quickly. The edit was sort of complicated, the structure was simple.

But it was more just a matter of time. Just finding the time to do it. Between life and business and other projects. I still think it’s a little rough. I spent more time on refining the sound than I did on picture. So it isn’t really finished and I also didn’t know that it would get like a million views or something. At the very last minute one of my producers sent it to GoPro to see of they would share it.” They did, and that’s how the film found so many fans even before the E.O.F.T. uploaded it to their Vimeo channel. 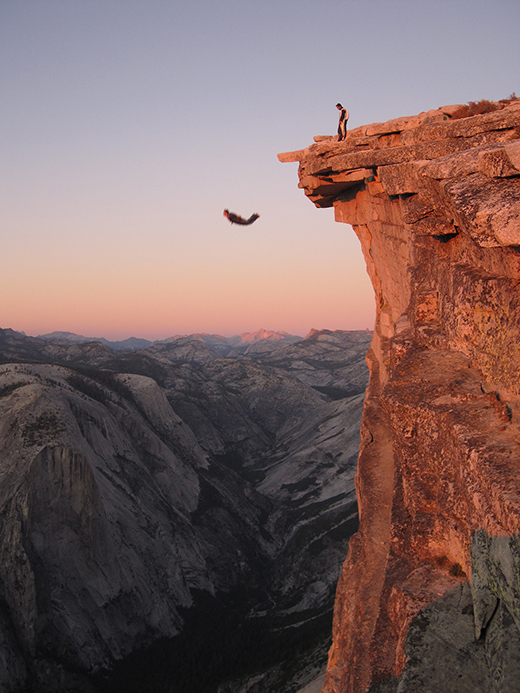 Everybody jumps for themselves: Matt and Ian were living a life on the edge and they knew it.

In the world of sports BASE jumping and wingsuit flying are still niche. But the videos from their daredevil stunts are very popular on social media. In most of these action driven clips—not films!—the people who are actually inviting us to “join the ride” tend to take a back seat. We see the world from their perspective but we never really get to know them.

WHEN WE WERE KNIGHTS is different because it works on several levels. It’s not the action footage that makes it stand out—it’s not primarily about the sport. What makes it stand out is the friendship between these two people. When you’re watching the movie for the first time, you might wonder whose voice you’re actually hearing and who doesn’t live to see the end of the film.

And that’s deliberate. Anson Fogel leaves the question unanswered and it’s that uncertainty that holds our attention for ten minutes. Discovering the answer is more interesting than watching the action.

“I would rather tell human stories than make visual poems”, says Anson Fogel. “I wouldn’t make a short that was just pretty. I’m more concerned about humanity and emotions.” With WHEN WE WERE KNIGHTS he has hit the mark. The film tells a story that only life can write. This is real. You bet it is.