Guido Perrini is one of the most renowned filmmakers in the ski and snowboard genre. For LA LISTE the Italianborn director flew over the highest peaks of the Alps to capture freerider Jérémie Heitz’s breathtaking lines from above. 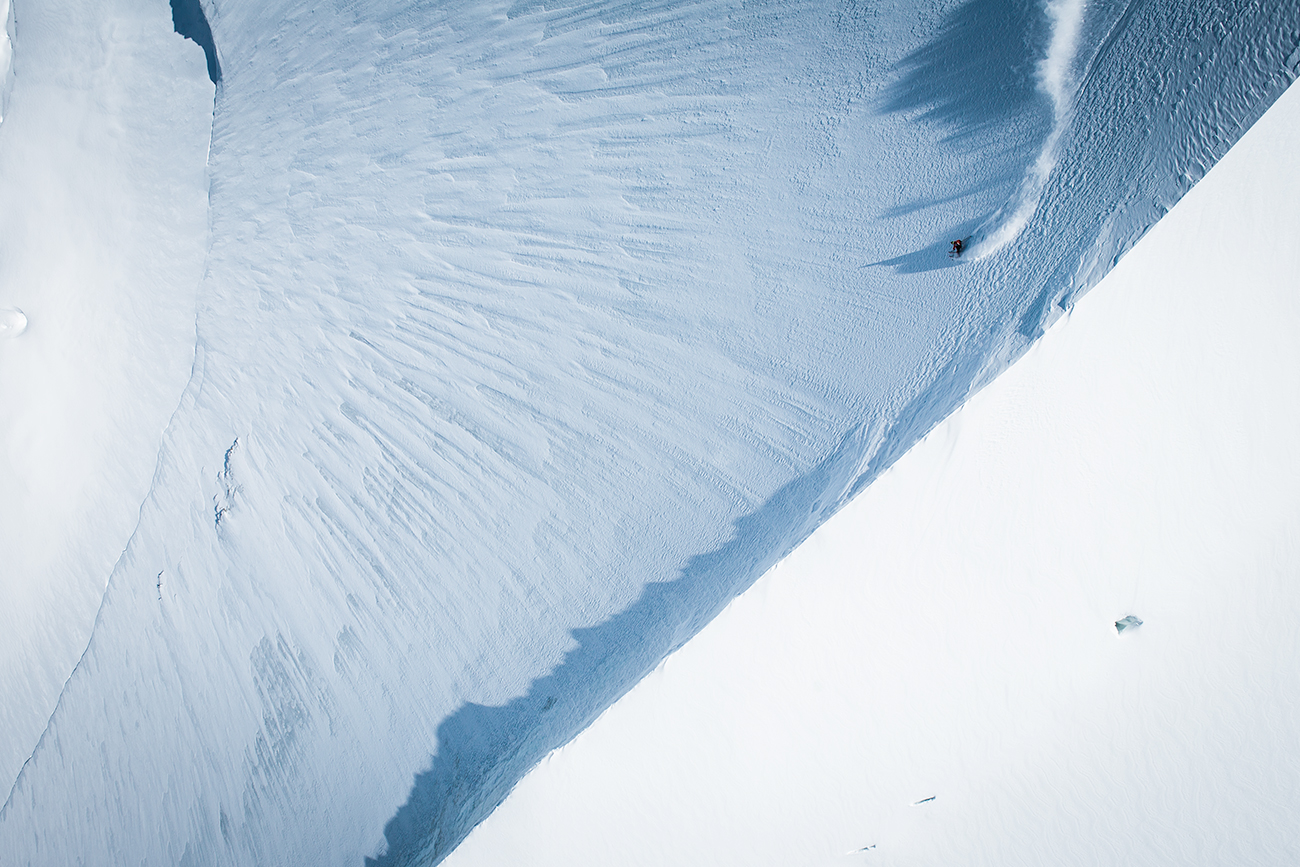 In La Liste steep skier Jérémie Heitz takes on the most extreme 4,000m faces of the Alps. This photo was taken on Zinalrothorn (4221m). © Tero Repo

What is the main idea behind the film La Liste?

The whole idea of the film is to capture the most aesthetic extreme lines in the Alps and to show the evolution of extreme skiing. It’s really tracing back what the old guys did in the 60s or 70s in steep skiing: coming down a face and making 300 turns. Jérémie’s way of doing it is completely different. The sport’s heading in a new direction and he is one of the pioneers. It’s amazing to see and to be part of it.

What was is like shooting in the Alps—basically in your backyard?

Doing a project almost at home where we shot basically everything within two hours from where I live has been pretty amazing and really enjoyable. But the challenge in the Alps is getting the right conditions which happens so rarely. If you go to Alaska, for example, you wait a few days for the weather and then the sun comes out and it’s almost guaranteed to be good, whereas in the Alps you have the whole season and get maybe three descents maximum in perfect conditions. Jérémie is going down extremely steep slopes extremely quickly.

What’s the main challenge for you as a cameraman in capturing those scenes?

Because the weather windows are so short it’s all about being in the right place at the right time. The stuff Jérémie is skiing is probably not the steepest stuff that’s ever been skied but he does it at high speed! So the real challenge is to capture somebody skiing at 100 km/h down a 50 degree slope or steeper. That’s why we use helicopters a lot. It’s the only way to capture it properly and to do those descents real justice. 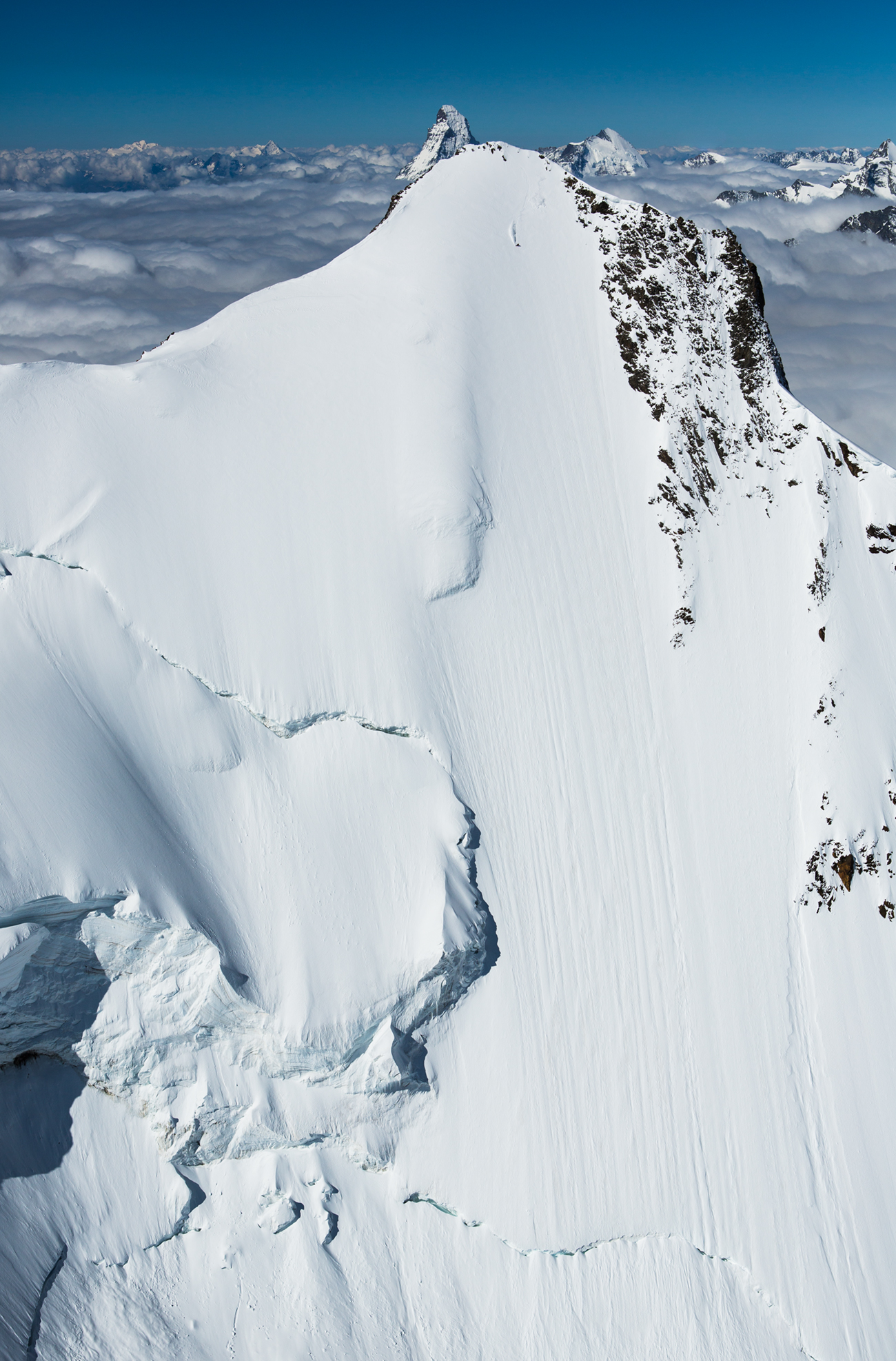 How big was the camera team for La Liste and what kind of equipment did you use?

On a normal shoot it’s usually Jérémie, another skier, a guide and then a cameraman and a photographer in the helicopter. So the team is very small, which gives us the opportunity to be quite flexible. Besides me, we had two or three other cameramen working on the project. And we used drones a lot. Even at 4300 metres the drones were flying perfectly.

I guess if you are scared of heights it’s not the job for you?

Actually I am scared of heights (laughing). It’s very strange. When I’m in the helicopter I have no fear of looking down, but if I’m standing on top of a cliff I get vertigo. It must have something to do with having your feet on the ground.

How important is it for you as a cameraman to share the same passion as the athlete you are filming?

Are you a free skier yourself? Yeah, originally I came to Switzerland just to ski. When I started skiing I was actually not far behind the athletes I was shooting. So I understand exactly what they are doing! But as I get older the young riders scare me a bit. I have a lot of confidence in Jérémie and his skills. But every time you see him doing something you’re thinking about the worst case scenario.

If there’s an accident or a big avalanche when you’re up in the air filming, there’s basically nothing you can do except keep shooting?

While you are shooting you have to stay focused. The difficult part is more the night before. That’s when you start thinking: ‘Tomorrow he’s gonna do this run. That’s quite dangerous!’ But so far I’ve been lucky. I haven’t experienced anything bad first hand like a huge avalanche or somebody falling. But of course it’s always on your mind. The good thing is: we are in a helicopter and if something did happen we’d be on the scene straight away. Speed is essential!

How is your personal relationship with Jérémie? Are you guys friends or is it more of a working relationship?

We are friends. And that’s also one of the problems! You get attached to the riders you’re shooting. If something happens it’s very hard to deal with.

Do you think the steep skiing has reached its limits or can it keep evolving?

I have talked to a lot of people about this and they all came to more or less the same conclusion. Thirty years ago when people started extreme skiing you could really imagine a progression. Now I don’t see how people can progress any further without killing themselves. I don’t know if you can go much faster down any of these peaks. So I don’t think there’s gonna be a progression from this point onwards, but maybe there is. You never know … 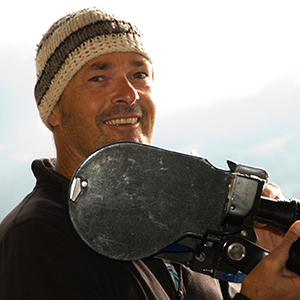 Despite being a passionate freeskier himself, Perrini preferred being behind the camera while shooting La Liste. It’s where the director comes into his own.