Growing up in the French Alps, skiing has been part of Alexis Blaise’s life for as long as he can remember. But his passion for the sport gravitated toward film and photography. Capturing the moves of his childhood buddy and freeskier Sam Favret in the Mer de Glace was the perfect way to combine their talents. 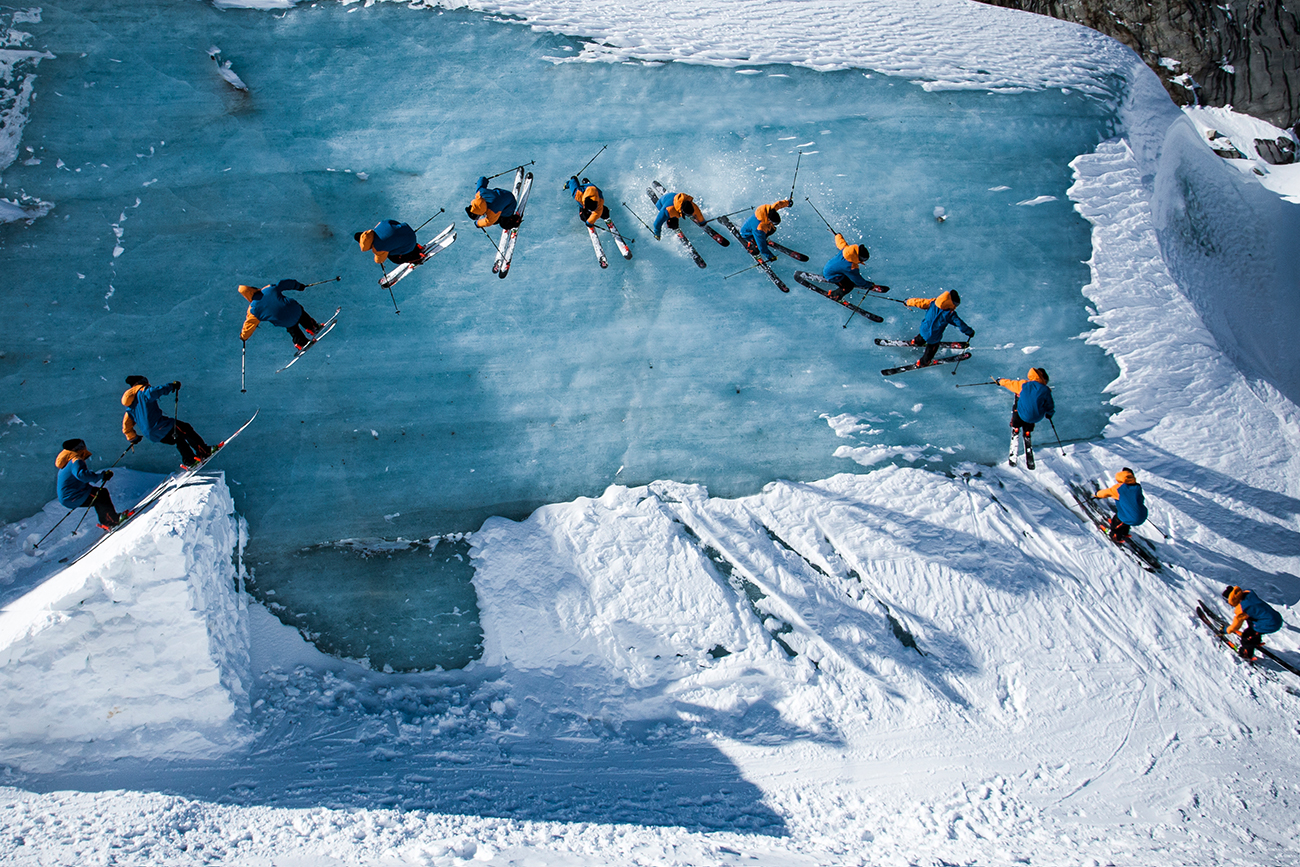 How did you get on board this film project?

Through friends ! I’ve worked in collaboration with PVS [the production company] since their beginning . Sam and I have known each other since we we re kids. We grew up skiing together. One of us fell in love with skiing and the other with filming skiing. That’s how I found myself at the heart of this project… 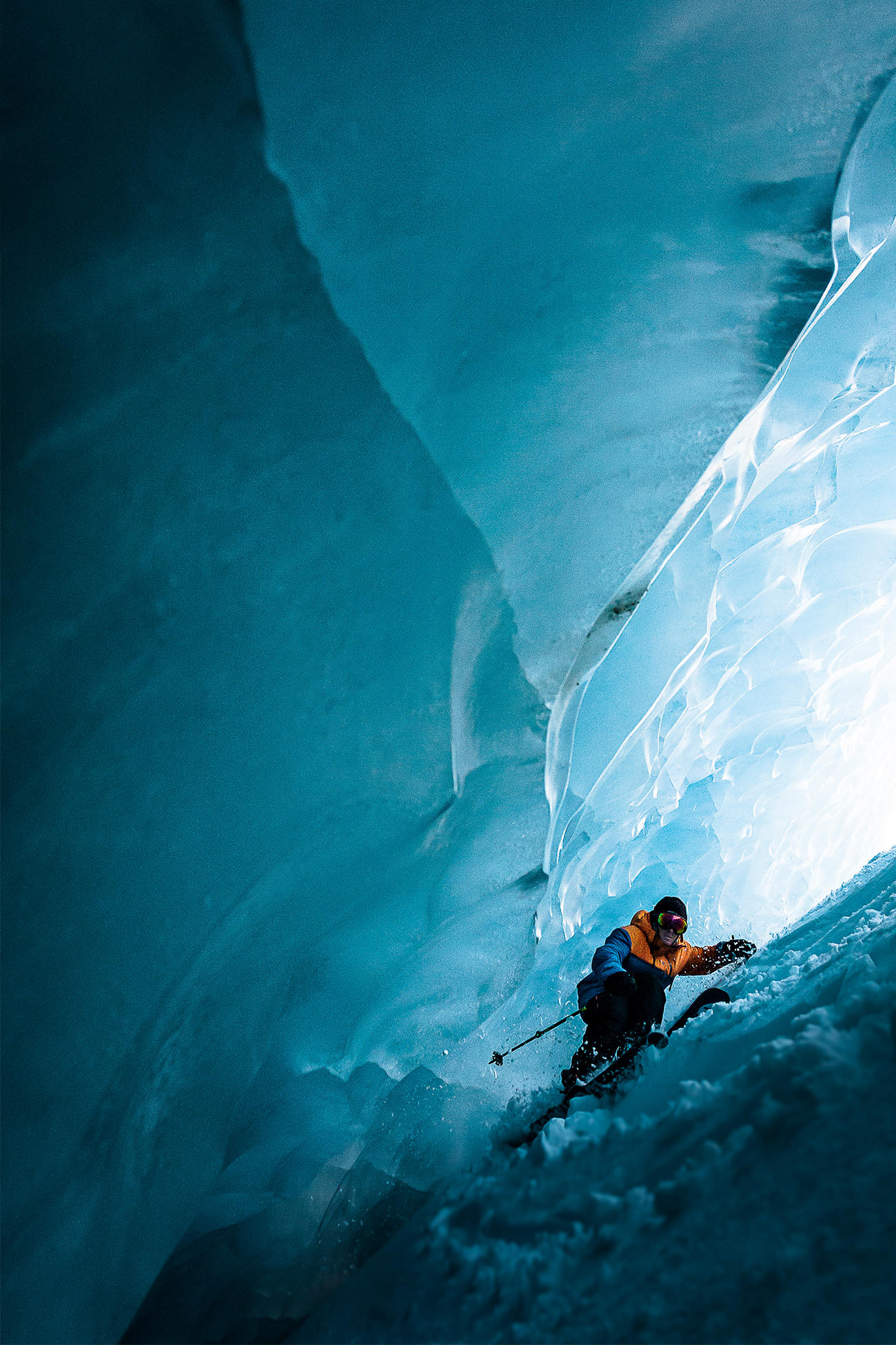 Can you tell us more about how the idea of riding the glacier came about?

Back in February 2015 , after 3 months of filming off piste, we still had nothing in the can. We were a little demoralized by the weather conditions— there had been hardly any snowfall in the mountains. We met by chance in front of the famous Mer de Glace (Sea of Ice) grotto. Sam realized that it had melted so much that it might be possible to ski it. Straight away we knew we had to push the idea beyond just a simple wall ride in an ice cave. It was obvious that we had to take advantage of the whole glacier landscape and the enormous opportunities for a freeskier. The Mer de Glace is a hard place to navigate with a film crew.

What were the biggest challenges of filming ICE CALL?

The biggest challenge has been to get around all the little problems of the environment in which we operate. The cold, the wind , the snow, but above all the difficulty of access. To get on to the Mer de Glace you have to get to the summit of the Aiguille du Midi, ski higher up in the mountains where the temperatures were lower, and then we’d have to walk down 400 steps to get back home. You don’t have the luxury of a full crew that you’d have on a normal shoot. It’s a really beautiful ‘office’ but you need a smaller, more reactive crew with mountaineering skills. The film is part of the Backyards Project. 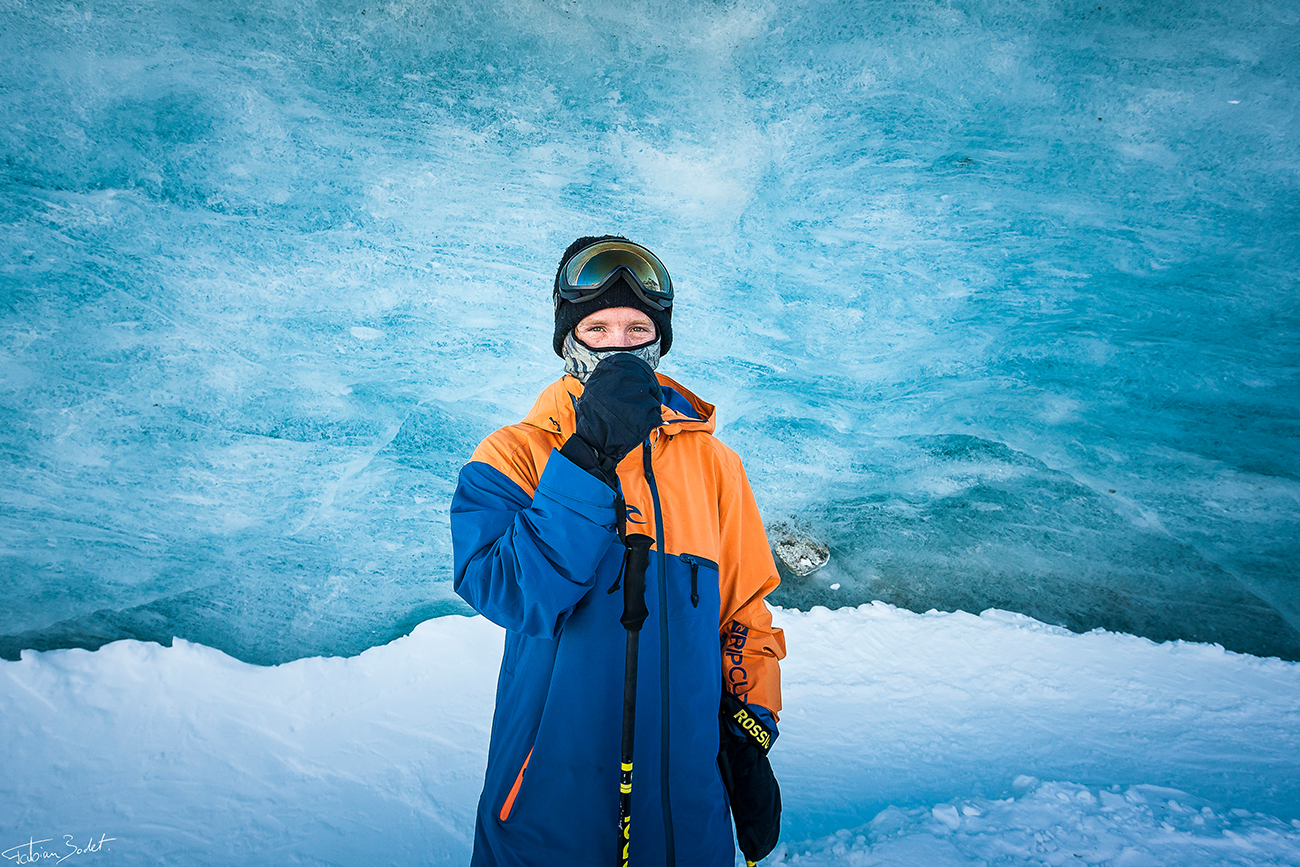 Can you tell us more about the vision and your collaboration with Sam Favret?

My vision, filming with Sam, is to always keep pushing the adventure, find new locations, and be as creative as him. So it was intense to collaborate with Sam on this project as we’ve worked together for such a long time. We got the right recipe, we just keep trying to improve it! What is next for you as a filmmaker? We are already working hard on our next project so stay tuned! 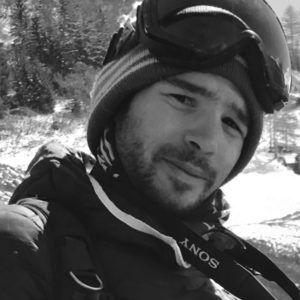 Like Sam, the Mer de Glace was also Alexis’ backyard. The young Frenchman grew up skiing in the Alps and is as comfortable behind the camera as he is on skis. Using his sick shooting and editing skills in ICE CALL, he showcases his friend’s talent and creates visual fireworks.

Have a look at the original version of ICE CALL on Vimeo:

For the full film go to: https://vimeo.com/ondemand/backyardsproject