He has been climbing for as long as he can remember. He strives for complete physical control over every individual muscle while maintaining a mental big-picture perspective. His climbing successes are based on a sophisticated training system that encompasses both the body and the mind. Welcome to the world of Adam Ondra. 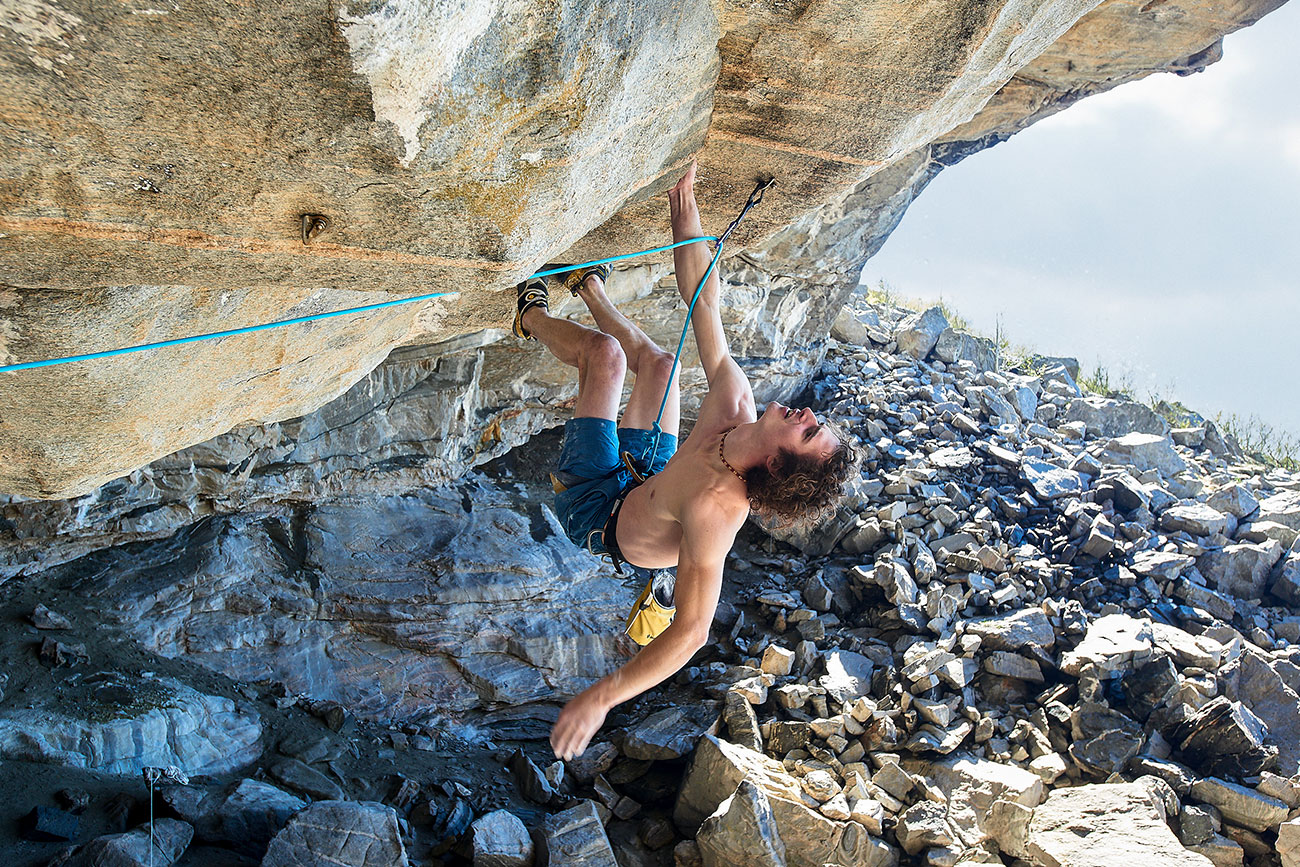 It was the afternoon of 3 September 2017 when climbing history was written in a cave near Flatanger in Norway. A quiet ‘click’, then a restrained cry of relief. He did it. Did he really? Yes, finally. Adam Ondra lets go, the full weight of his body absorbed by the rope. He can hardly believe it. Did he really just climb the first 9c, the most difficult route in the world? For a long time, he believed it could be possible, and he worked long and hard to make it possible. Yet this extraordinary achievement suddenly seems so surreal… The memory of this moment is still very much alive in Adam Ondra—most prominently, the decisive moves right before the last bolt. ‘It was a very difficult moment for me to get my head around—another kneebar, rest again, time to think again… in these two minutes it was very difficult for me to keep a cool head. Somehow, I was able to calm down and finish the route.’

It’s disconcerting when your own thoughts become your biggest enemy. It’s not the burning calves, not the tortured fingertips. No, it’s the quiet voice in your head that cheers you on, slows you down, and keeps silent—all at the same time and just at the time when you’re hanging upside down like a bat on a sheer rock face and about to climb the route of your life. ‘Climbing requires a wide range of skills,’ says Ondra. ‘And what’s going on in your head plays a very important role.’ He is less interested in getting into the much-lauded ‘winning mentality’ than in using all facets of his mind perfectly for climbing— his intellect to find creative solutions for the nearly impossible movement sequences and his intuition to implement these movements as effectively as possible. With this combination, the mind is invincible—and not just when climbing.

We do not consciously perceive most of what we experience. According to neuroscientists, we are conscious of only about five percent of our cognitive activity, which means that most of our decisions, emotions, and actions depend on the 95 percent of brain activity that goes beyond our conscious awareness. This is an incredibly large amount of sensory input that slips past our waking mind into the brain, and we don’t even notice. It’s actually a good thing that our brain works like this. If not, we’d have no chance of mastering our daily lives. Or climbing a 9c. ‘Rational decisions simply take too long.’ Ondra recognized this while working through the route on Silence and drew his conclusions from that experience: ‘I think everyone can understand that. The more experience you have in doing certain things, the more automated they are and the more unconscious they become. I’ve been climbing all my life. I have accumulated so much experience that I can simply switch off my brain and trust that my intuition will make the movements for me and also make the right decisions. It’s a bit like watching myself climb, and it’s only in this state of mind that I climb to my true limit.’ 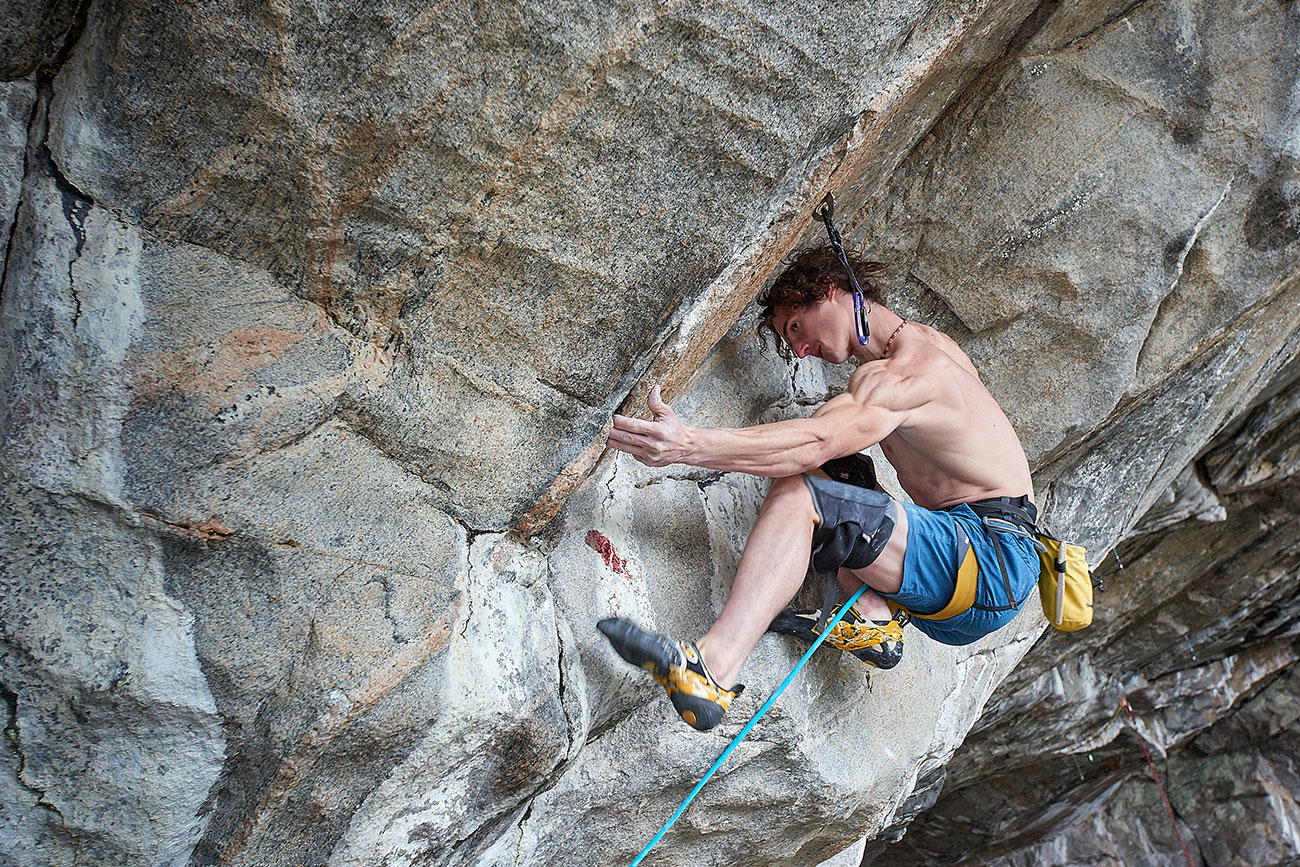 But trusting his instincts is only one aspect of Ondra’s formula for success. Before he can surrender to intuition, full concentration and countless repetitions are required. ‘Hard routes consist of many tiny details, and any of those details can be the reason you fail. I climb so close to my limit that I really have to pay attention to every single detail, because there is no margin for error. Especially not in a 9c.’ It were these details that forced him to look at his training on the route from a different angle.

‘At first, I tried it the conservative way. I’d been practicing the climbing moves over and over again, hoping that my body would get used to the movement and that at some point it would be easier for me. But I got to a point where I couldn’t go on.’ The time he spent in Norway was simply not enough. Ondra had to find a solution to continue training at home. That’s why he rebuilt the route in his climbing hall.

But even that wasn’t enough. Fortunately, he had another wildcard to play: ‘Klaus Isele is a physiotherapist who helped me more than anyone else to climb this route. I thought that I would only go to a physiotherapist if I was in pain. Klaus analysed my strengths and weaknesses and suggested exercises that would help me with Silence. It started with stabilizing my shoulder and ended with my calves. They were the key element in the kneebars.’ Ondra knew that he would only be able to climb the route completely if he had the opportunity to rest in between, but, in the beginning, the resting positions were not ideal. Then, Klaus showed him exercises that enabled him to train his calf muscles so effectively that he was able to accomplish the kneebar manoeuvre, flexing his calves and completely relaxing the rest of his body.

‘If you want to be on top of your game you have to train, not just physically but mentally as well.’

It was also Klaus Isele who suggested to him, in addition to climbing training, to visualize each and every movement and to do ‘dry runs’ lying on the ground. With this type of mental training, it is important to perform every movement with focused intention and to specifically target each required muscle group, even though you’re not really climbing. ‘I tried to be as precise as possible,’ recalls Ondra. ‘And that actually helped me to be fast and precise on the route at the same time.’ Balancing speed and precision in climbing is an art. The faster you climb, the more difficult it is to perform the movements cleanly. Over the years, Ondra has found his own way. ‘I climb very quickly and I don’t think my feet are exactly precise, but they’re precise enough. Other people may climb slower and more carefully. My climbing style is sometimes pretty powerful and brutal, but I believe that for me and for my own body, this is the most efficient way. I always try to be efficient and make as few mistakes as possible, and that’s how I enjoy climbing the most.’

The exceptional Czech talent ADAM ONDRA (25) has established a new level of difficulty in climbing. For five years, he worked on ‘Project Hard’ in a cave in Flatanger, Norway. On 3 September 2017, he completed the entire route and gave it the name ‘Silence’. It is the first route in the world to be rated 9c. Silence has yet to be repeated.