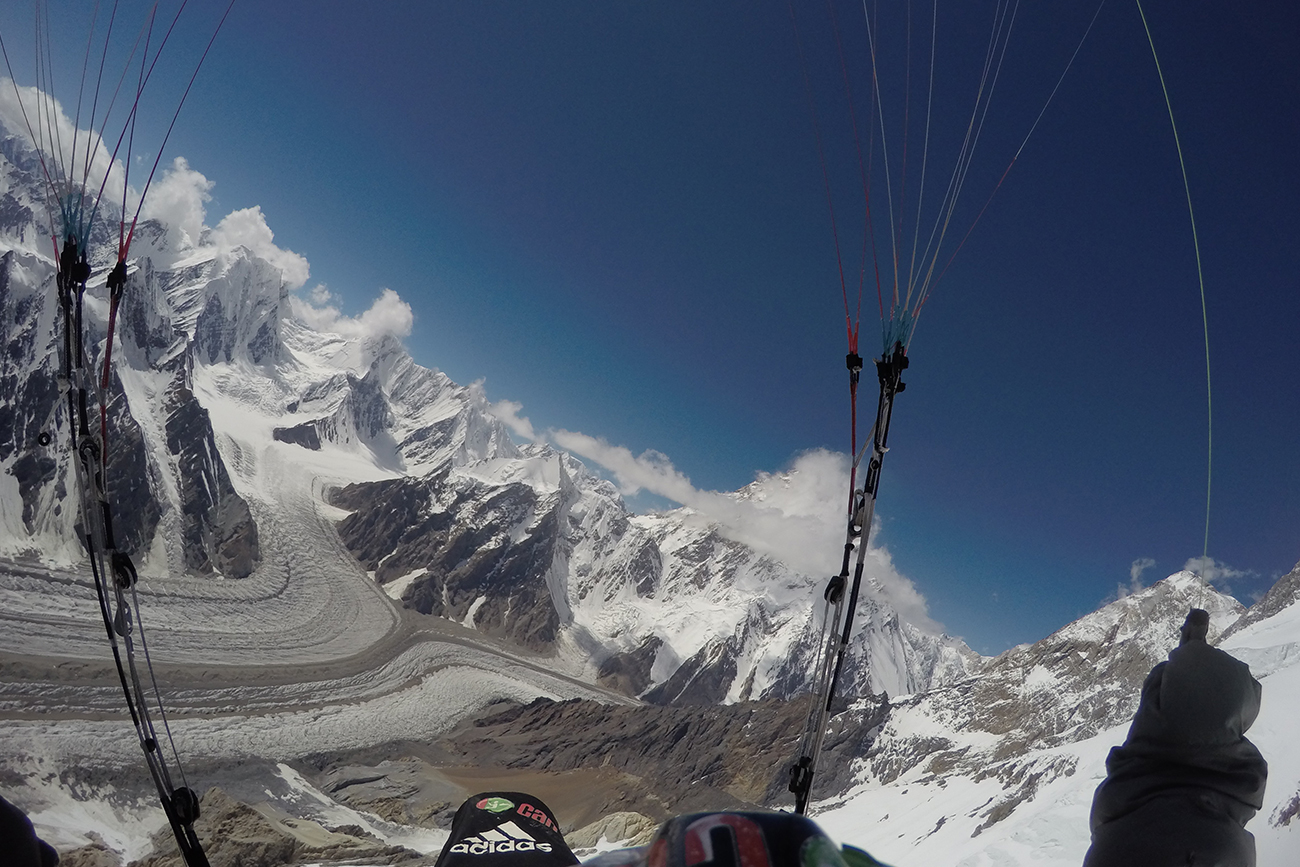 In the age of remote-controlled drones, we have already become accustomed to images shot from soaring heights. Drone videos are also increasingly seen in documentaries because they are relatively inexpensive compared to helicopter shots, and, it’s no secret, because it’s fun for the cameramen to fly the drone and control it using a screen—safely from the ground! If the drone gets into turbulence, the pilot doesn’t have to worry about his own safety.

It’s a totally different story for Antoine Girard. As a paraglider, he is there live and in-person when taking photos and recording video, at an altitude of more than 8000 meters. In this photo, with Broad Peak (8051) behind him, Girard glides silently toward K2 (8611m), the highest mountain in the Karakoram range. Unfortunately, on this day, K2 was covered in thick clouds, but in the center of the photo, you can see how the Savoia Glacier (left) and the Godwin-Austen Glacier (right) flow into each other and become one at the base of the 6802-metre-high Angelus.

From up here, there is not a soul to be seen, even though most of these mountains are consistently bustling with expeditions. This exclusive view of the Karakoram is a privilege for people like Antoine who want to conquer the mountains their own way.