Mountain biker, ski racer, and life expert Jacques Houot is 41 years old—in each leg. A total of 82 years of optimism, and an example by which everyone should live.

In his guide for unconventional thinkers “Whatever You Think, Think The Opposite”, the British advertising icon Paul Arden tells the following anecdote: ‘A friend of mine was in trouble, so he asked his father for advice. He said, “Dad, I’m in trouble.” The father asked, “Are they going to kill you?” He said, “Oh no, no.” His father said, “Son, you don’t have a problem.”‘

This clever insight comes from a person who probably didn’t escape the jaws of death anywhere near as often as Jacques ‘Frenchy’ Houot. And Houot would probably add, ‘Even if they did want to kill you, you’d still have no problem.’ He speaks from experience. By his own account, he has survived life-threatening events ’23, maybe 24′ times. Was it merely luck or did he somehow play a part? The eighty-four-year-old Frenchman lives by this simple motto: No problem! Adding parenthetically, What could go wrong? 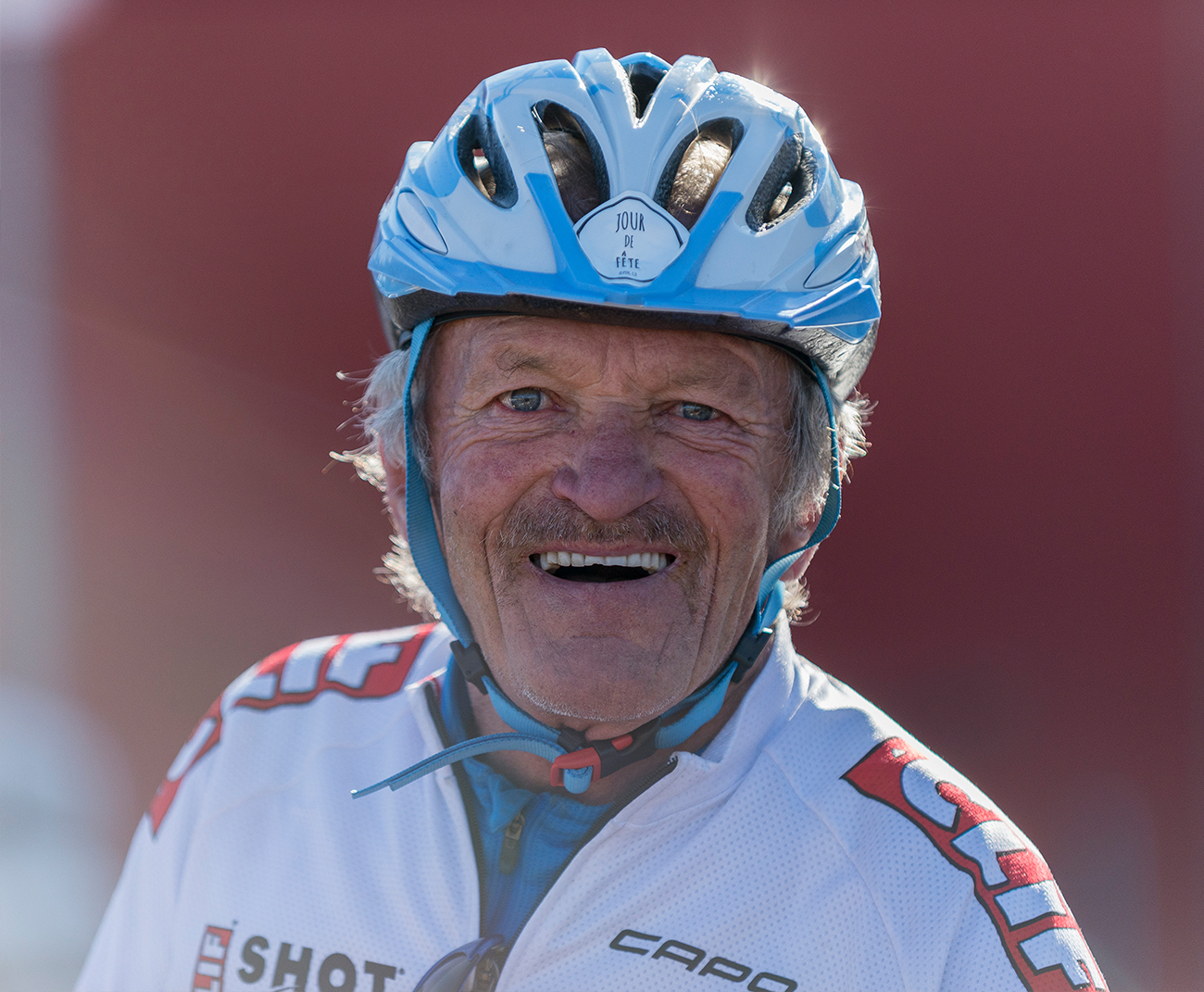 Throughout his long life, Houot has kept a detailed account of all that’s happened to him. Some incidents occurred decades ago. Shortly after his birth in 1935, little Jacques mastered his first challenge in this world. He was born a ‘blue baby’, named according to the infant’s blue complexion caused by a lack of oxygen. Although the chances of survival in these cases were not good at the time, doctors were able to save him. From 1940–44, he was also fortunate; in contrast to many others of his generation, he survived the Second World War. And his first swimming attempt in 1945 could have ended badly; it was involuntary in nature and took place in winter, when the thin layer of ice covering the surface of a lake suddenly collapsed under him.

In the mid-1970s, Jacques Houot immigrated to America. He lived in Colorado and Florida and was involved in a variety of activities. He did not have a career plan in the traditional sense; he was instead always seeking after the next challenge, not necessarily because of the promise of financial gain but because of the possibility that it would offer adventure and exciting experiences. And although he spent many years working in the jewelry business, the accumulation of worldly possessions has remained foreign to him to this day. With his lifelong focus on the present, financial security has always been of little importance. Today, he lives on an extremely modest pension. During filming, he confided to director Michelle Smith, ‘If I were rich, I would already be dead. Money kills you!’

‘All those close calls I had… it’s very good. Because after that, I enjoy life every day. Everything I do is a bonus.’

This may sound like a rather extreme assertion, but it is not surprising coming from Jacques Houot. There are situations in which money actually saves lives, but for him, quality of life greatly outweighs any material comforts or conveniences. Although it may only apply to a certain segment of his age group (and others), overweight and lethargy are widespread and inherent problems of prosperity. Jacques Houot prefers to stay active.

It is possible that in some situations Houot was simply luckier than others, however ambiguous that term may be. Fortunately for Houot, no bullet left the barrel of his opponent’s pistol after he pointed it at him and pulled the trigger. When he crashed his car, careening from a bridge into the water below, he might have had more luck than sense. He managed to wind down the trusty old-style window crank just in time to get out of his car before he drowned inside it, but without the spontaneous resuscitation attempts of a courageous passerby, this story would have ultimately ended badly. 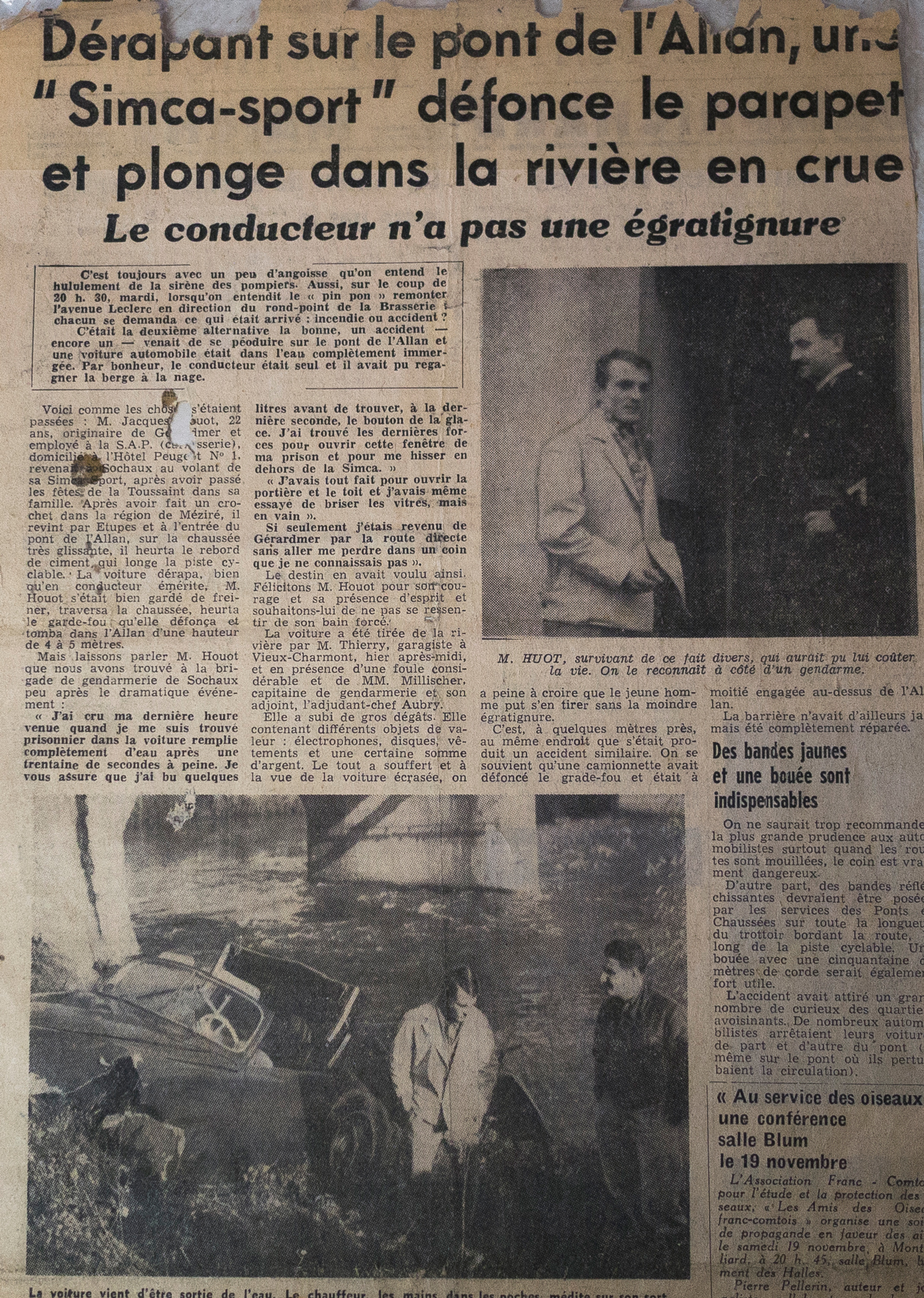 Nevertheless, there were moments when Jacques Houot did not rely on good fortune alone. In a situation where no one else could help him, he took his life into his own hands. He quit smoking after having barely survived his first heart attack (yet another incredible story…), and he decided to supplant his rather passive lifestyle with a much more active one. Since then, he has accumulated an extensive collection of medals in mountain biking and skiing.
Houot is convinced that everyone has his destiny in his own hands, particularly when it comes to ‘repairing his body’ as he puts it. He declared war on his back problems and fought his cancer diagnosis with the same zealous fervor. No Problem! Thus far, this strategy has served him well.

Today, in his hometown of Carbondale, Colorado, almost everyone knows him. He cultivates a large circle of casual acquaintances but does not have particularly close friendships. He also never had a family. The freedom to do exactly what you want to do every day has a certain price; the question is whether you want to pay it or not.

‘The Frenchy’ is not only a portrait of an extraordinary and an extraordinarily lucky man, but also of a man who has never been afraid to make the necessary choices for the life he wanted to live. Until today.

JACQUES HOUOT was born in France in 1935. In the mid-1970s, he immigrated to the United States. Today, he lives in the small town of Carbondale in Colorado, at the foot of the Rocky Mountains. In addition to mountain biking, this active retiree also loves to ski.